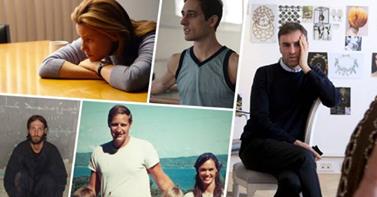 Over the past 12 years, the Tribeca Film Festival has shed and tried on multiple identities. But in recent years, it seems to have found one that sticks: It’s a festival where you go to see some of the most exciting documentary work around. (It shows narrative films, too, but its fiction slate is a somewhat more hit-and-miss affair.) Last year’s iteration gave us such startling docs as Let the Fire Burn, Big Men, and The Kill Team.

This year’s lineup (which will screen from April 16 through 27) is also very promising; there are even some potentially interesting narrative films. The topics range far and wide, but some themes are already starting to emerge: Many of these films follow offbeat, sometimes even troubled, individuals struggling to find their places in culture and society — whether it’s through creating a work of art, or joining a revolution, or trying to find the right girl. In short, it’s a slate that reflects the unease of our times. I haven’t seen anywhere close to this year’s full lineup yet, but of the ones I have, here are seven of the best.